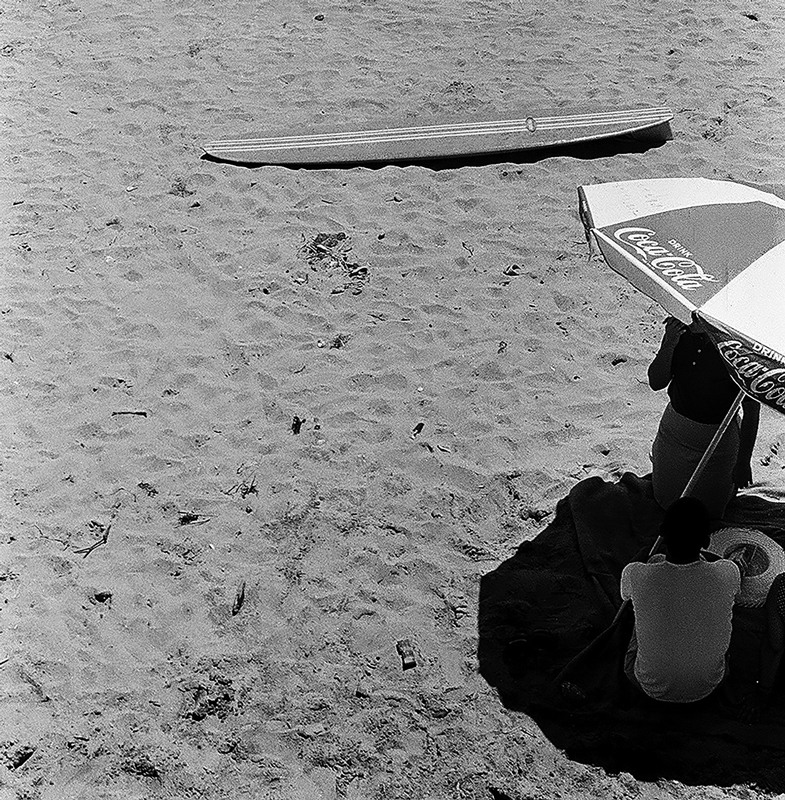 In May of 1963, about the time Bob Dylan’s “Blowin’ in the Wind” was released, a young 3rd generation Nikkei surfer landed at Haneda Airport with his Hobie surf board and a dream.

At the time hardly anyone in Japan had ever heard of surfing, but Tak was convinced this unknown sport would soon captivate the country’s youth. He sent a collaboration proposal to an imaginative business man who somehow understood and agreed to invest in this young man’s dream. That man was Ichibe Yonezawa.

This chapter illustrates how they endured and overcame many hardships together; and how they finally created the “Malibu” surfboard and fulfilled their mutual dream.

Tak also renamed Katsuura ‘s “Tatto no hana” beach in Chiba, “Malibu” since its rolling waves so closely resembled those of his California hometown.

This stretch of coast would later become a major focal point in surfing after the launch of the World Championship Tour competitions; and Tak and Yonezawa built a beach house in the Katsuura area.

These partners set about compiling surfing rules, techniques, terminology, etc. into a small magazine to spread surfing knowhow and culture to the youth population.

Yonezawa never made a surfboard in his life or ever even savored surfing’s joys personally.

3rd generation Nikkei Tak Kawahara had long envisioned creating a successful surfboard brand and brought that vision to fruition in a faraway land.

These two men are true “founding fathers of Japanese surfing”. They were the first in Japan to create and popularize modern surfboards made with American technology and should never be forgotten by the country’s surfer community.